Sarah O’Neal To the girl on Facebook who commented #alllivesmatter, After deeming the protest she attended…

To the girl on Facebook who commented #alllivesmatter,
After deeming the protest she attended "a hateful event Martin Luther King would have been ashamed of"
Call it an overreaction, call it a riot, a violent protest
Call it everything but justified
Ask us to be polite, to stay calm, to voice grief with respect
While our brothers' bodies are laid out on the street
Sounding the alarm, our bodies are threats well before they are human
And you still want to know the source of our rage
You fear our rage will happen across a storefront window,
Will happen across a corporate office,
You fear the glass shards glittering under police helicopters
We fear your rage will drag our children into the streets and dance
In the red pool beaming under street lamps, I cannot decorate this pain for you
I cannot make a beautiful homage, I can't invoke hope in prayer
I don't know how to make you understand the occupation your ignorance has blinded you to
That black bodies are stopped and frisked so often, we might as well call our cities war zones
Every street corner a checkpoint, violence is not always a dead body
Violence can be a pat-down in broad daylight because you share the same hue as suspect
Violence is indicting the man who filmed the killing of Eric Garner,
But not the officer that illegally choked the life out of his body,
While five others assisted in the arrest
Violence is convincing a jury that he caused his own death,
That he had not been overweight, he would have survived
Violence is needing six officers to arrest one, unarmed, nonviolent man in the first place
How can we accept a government that only applies the law to fill prisons with black bodies?
How can we accept a government that permits and perpetuates violence against its people?
The state traded white hoods, for police uniforms
The cops kill more black people each year than the KKK lynched
And you want our marches peaceful, you want us calm, you want us quiet
Stop asking us to bite our tongues when we cannot guarantee our siblings safe passage to the corner store
Yet, you still want to talk about looting, want to police our protest tactics
You want me to know that you would have cared about the tombstones this nation is hoarding if we hadn't blocked traffic
You think stopping trains is silly, you want us to march peacefully
To replicate your disfigured perception of Martin, but Dr. King said
"Riots are the voices of the unheard" and you will hear us now!
It is not enough to hold our dead in your prayers, to wish us love and light
I get the sentiment, but it won't keep my kin from becoming ghosts I am not interested in resignations, or remorse
I don't want apologies; I don't want your guilt; I don't want your tears
I don't want insistence on how not racist you are
I don't want to know how many black friends you have, when you won't even risk the discomfort of calling out your own classmates
You just don't get it, do you? You've never lived out the aftermath
The empty seat at the dinner table, the now-widowed mother with six mouths to feed
My kin are being sent to Heaven well before God has requested their return
And you want to know why Malcolm called whiteness The Devil
You can say all lives matter, but not all lives are killed every twenty-eight hours
"All lives matter" will matter when black lives matter
How many more bodies will be enough evidence? How many videos of our last words?
How many more must there be for you to finally call this a genocide??

An Overreaction: Words On #BlackLivesMatter And MLK 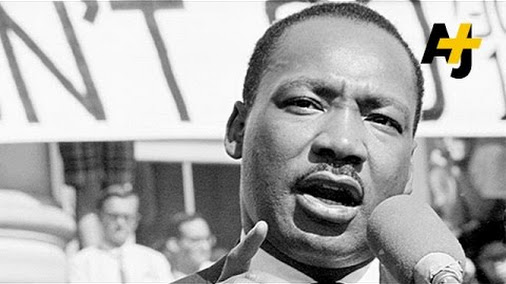 In light of #BlackLivesMatter protests across the country, people have been reflecting on how Martin

This was posted on Google+

This site uses Akismet to reduce spam. Learn how your comment data is processed.